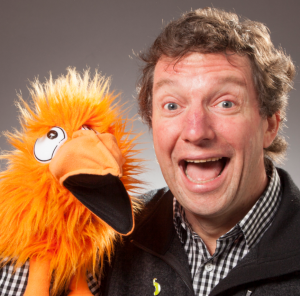 CS Unplugged offers ways to engage students with computer science away from computers. It was originally written for use in a conventional classroom situation, but in recent years it has been applied in a variety of contexts. Many of these contexts provide severe constraints, and we will look at a range of these. This will include contexts where computers aren’t allowed to be used, examples where the resources available are severely constrained, and at the opposite end of the spectrum, the case where the only access to education is through digital devices.

Bio: Tim Bell is a professor in the Department of Computer Science and Software Engineering at the University of Canterbury, New Zealand. His “Computer Science Unplugged” project is being widely used internationally. Tim has received many awards for his work in computing education including the 2018 ACM SIGCSE Outstanding Contribution to Computer Science Education award. Since 2008 he has been actively involved in the design and deployment of the approach to the teaching of digital technologies in New Zealand schools. He also plays instruments that have black and white keys. 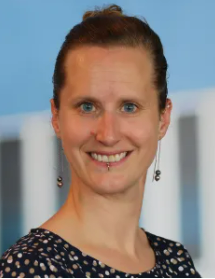 Hedy is a gradual programming language to make learning programming easier. The core idea of Hedy is that it uses different language levels. In level 1, there is hardly any syntax at all, for example printing is done with:

In every level, new syntax and concepts are added, until kids are doing a subset of Python in level 22 with conditions, loops, variables and lists. The leveled approach means that learners do not have to learn all syntax rules at once. Hedy is aimed at children that want to get started with textual programming languages, but for whom starting with Python might still be too complex.

Hedy is open source, runs in the browser, is free to use, and available in fifteen different languages (Including English, Spanish, Chinese and Hindi). Hedy was launched in early 2020 and since then almost 1.5 million Hedy programs have been created by children worldwide. Try Hedy at www.hedycode.com. In this talk, Felienne will dive into the pedagogy behind Hedy, but also expand on the technical aspects of Hedy. For example, a set of increasingly complex grammars, rather than one grammar, poses new challenges for language design.

Bio: Felienne is an associate professor at the Leiden Institute of Advanced Computer Science at Leiden University, where she heads the PERL research group, focused on programming education. She also works at the Vrije Universiteit Amsterdam one day a week, where she teaches prospective computer science teachers. Felienne is the creator of the Hedy programming language and was one of the founders of the Joy of Coding conference. Since 2016, she has been a host at SE radio, one of the most popular software engineering podcasts on the web. Felienne is the author of “The Programmer’s Brain” a book that helps programmers understand how their brains work and how to use them more effectively. In 2021, Felienne was awarded the Dutch Prize for ICT research. Felienne is a member of the board of I&I, the Dutch association of high-school computer science teachers, and of TC39, the committee that designs JavaScript. 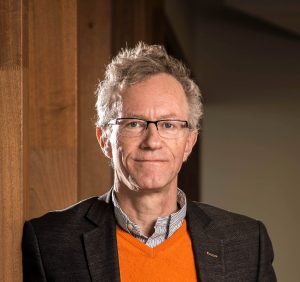 Making more of robotics in primary and secondary education

Coding and programming are increasingly important for today’s society. However, this is not yet reflected in the curricula for primary and secondary education in many countries. The good thing is that this allows for piloting and experimenting. Robotics, or, more precisely, designing, building, programming and testing a robot, maybe a linking pin between science and technology on the one hand, and the life skills that students need to survive in our societies: social skills, creativity, citizenship, literacy, critical thinking. The keynote draws examples from projects on maker spaces in the collaboration between primary, secondary and vocational schools, on a project in which students with a disorder in the autistic spectre (ASD) develop social skills through collaborating on programming a robot that simulates shopping in a supermarket, and the use of robot in a Dutch-as-Second-Language program, in which the robot is programmed to reads stories to Kindergarten children in their own mother tongue, before the story is read in Dutch to the whole class. Older students will be taught to program the robot. These examples show how robotics, coding and programming can claim a valuable position in the school’s curriculum.


Bio: Hanno van Keulen currently is a professor of Leadership in Education at Windesheim University of Applied Science in Almere, the Netherlands. He received his PhD from the Faculty of Chemistry of Utrecht University on simulation of research and inquiry-based learning in laboratory courses for chemistry students. Ever since, he seeks the inspiration for educational development in the material world, to exploit the natural curiosity of learners of all ages and to achieve learning results in various domains, from social skills to creativity and literacy. Hanno van Keulen is editor-in-chief of the European Journal of STEM Education.